It is finally out!*
Ricardo Hausmann and Cesar Hidalgo’s latest baby is out and is downloadable here. 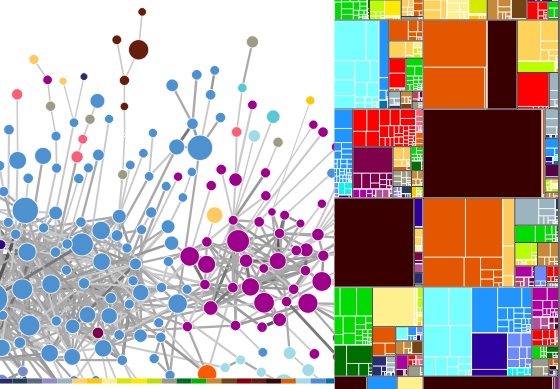 The Atlas measures the diversity of productive knowledge of 128 countries, and determines their growth potential accordingly. The top 10 countries are *drum roll* (extract from the press release):

END_OF_DOCUMENT_TOKEN_TO_BE_REPLACED

Here’s what Liberiabeat‘s got to say about it:

END_OF_DOCUMENT_TOKEN_TO_BE_REPLACED

“Liberia is the only country in the world to have gained its independence not from a colonial power, but from an NGO. Imagine the implications this has in terms of statebuilding?”
Hon. Amara Konneh, Liberia’s Minister of Planning and Economic Affairs

After claiming independence from the American Colonization Society in 1847, it sometimes seems that modern Liberia is battling to re-claim its independence from being an “NGO Republic”.
During the war’s 14 years, in the absence of a strong legitimate central government to report to, international NGOs were the ones calling the shots; their emergency relief services much needed by a population fleeing their burning villages and pillaged homes.

END_OF_DOCUMENT_TOKEN_TO_BE_REPLACED

“We like the Chinese. At least they don’t interfere in our internal affairs.”
Liberian Public Official

Last week, on our way back from Buchanan (Liberia’s third largest city) our car broke down. We stopped by a nearby village, asking for a mechanic. On the other side of the road, some dozen children gathered, screaming and waving: “Chinee’ woma’! Chinee’ woma’! Come come!” It took me an elbow from a colleague and a translation to realize that the cheers were directed at me. The road we were parked on links Monrovia to Buchanan, and was built with Chinese funding a couple of years back. The Chinese workers on that project were the only non-Liberian people to have stopped by these villages. 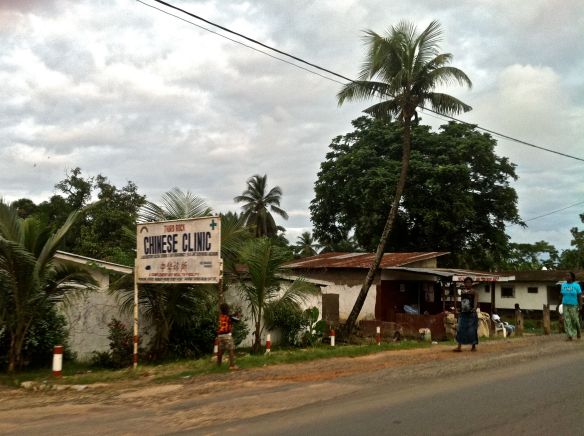 END_OF_DOCUMENT_TOKEN_TO_BE_REPLACED

This is the percentage of Liberian women that are said to have been victims of rape during the country’s civil war. 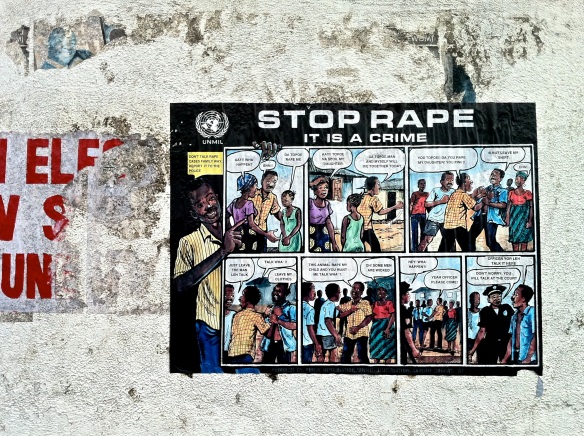 On the street in Monrovia

While this may be an overestimation courtesy of Nick Kristof, gender-based violence is a serious concern in Liberia. The latest (and most reliable) data on the subject has just been released by the Initiative for Vulnerable Populations at UC Berkeley’s Human Rights Center, showing that both women and men are frequent victims of domestic violence. Extract:

END_OF_DOCUMENT_TOKEN_TO_BE_REPLACED 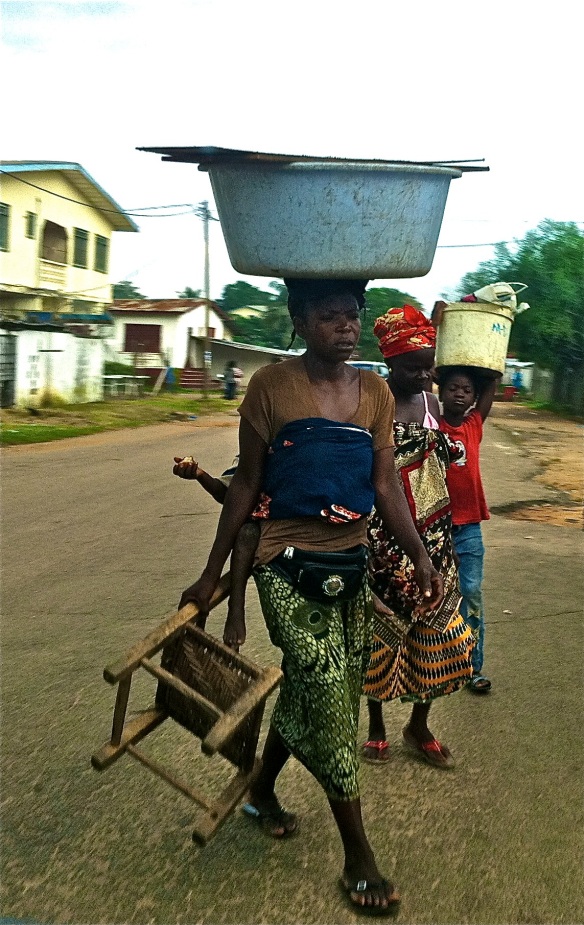 “You ask a woman in the bush what she wants – I can tell you what she wants. She wants to survive. She wants safety, water.. and education for her children. But we spend time and money that we don’t have organizing focus groups.”
A colleague, speaking of the Poverty Reduction Strategy (PRS) process *

END_OF_DOCUMENT_TOKEN_TO_BE_REPLACED

n my 2nd day here, I found it hilarious that I could chat in Lebanese to the supermarket owner in Monrovia (he, on the other hand was completely unfazed). It turns out there are thousands of them all over this place. They own hotels, restaurants, drycleaners, construction companies – you name it. They first came during the 19th century, as part of a wave of immigration fleeing the rough conditions of the Ottoman Empire. Their number reached 10,000 before the Liberian civil war and is estimated at 4,000 today.

END_OF_DOCUMENT_TOKEN_TO_BE_REPLACED

In the early 19th century, the US abolitionist movement designated Liberia’s coast as the spot to resettle freed American slaves. It is said that officials of the American Colonization Society forced a treaty upon a local king at Cape Mesurado (present-day Monrovia).
And so Liberia was founded in 1847 by Black American settlers.
Perhaps unsurprisingly given their own brutal past, the former slaves enslaved the autochthones and went on to monopolize Liberian politics for two centuries. This layed the groundwork for inequalities so deep, that they triggered the 1989-2003 civil war.

Some Liberians think that reconciliation should start where it all started – by revising the symbols of the nation.
“Do we want an emblem that represents only 10% of our population? Do we want a flag that looks like the 52nd star of the flag of the ‘colonizers’?”

Liberia’s Governance Commission is tackling some of these issues as part of developing Liberia’s National Vision 2030.

How can policy makers help heal some of the deep wounds inflicted by the civil war without rekindling explosive tensions?

In Lebanon to a large extent, we’ve adopted the Ostrich policy. The reconciliation process “mousalaha” has been scattered and incomplete. As an illustration of the lack of collective memory, our official history book taught in public schools omits to mention the civil war. Given the persistent tensions and lack of common national vision, I’d say the Ostrich strategy does not work so well…

Curious and hopeful to see what would come out of the introspective work that Liberia is doing!

This work is licensed under a Creative Commons Attribution-NonCommercial 3.0 Unported License.